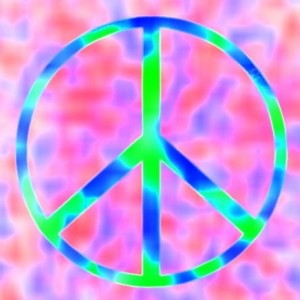 Whether or not you are an educator, viewing the two videos below will be worth your while.  Sit back and enjoy the symbolism within our daily lives. . . .

Here is an assignment I recently shared with my two accelerated freshman English classes.  We have a rigorous curriculum to follow in the classroom yet I wanted to give the students opportunity to express their more creative sides.  I came up with this to supplement our study and analysis of symbolism.  Aside from the period during which we watched and discussed “Words”, this is a project they had to complete solely at home on their own.  The student sample below is just one example of how well they ran with this!

In conjunction with our study of “The Scarlet Ibis” and symbolism, watch this video from NPR’s Radiolab to help illustrate how images are contextual. You will complete an assignment afterwards, but first I just want you to watch and enjoy it:

Now search for the word semiotics and define it.  Watch the video again with that definition in mind.  As you watch, write down all of the words presented through the images and sound in the video.  We will discuss how the varied definitions of these words match the context within which they are shown.

For the end result, you are going to create your own video.  You will need to decide on eight words of your choosing.  Four of the eight words must be from our most recent vocabulary list.  You must find at least two different meanings for each word and at least one image to represent each meaning.

Use PhotoPeach, MovieMaker or another program of your choice.  In addition to production of your slideshow, provide a “key” that highlights which words you used along with an explanation of the word definitions.  Happy producing!!!

1 1.    Perennial (0:00-0:23)
-Rocket Launch (Takes a long time to get into space)
-Time Lapse of Clock (It takes a long time for a clock to move)
-Time Lapse of Clouds (It takes a long time for clouds to move)
2 2.    Feint (0:23-0:47)
-Fencing Feints
-Hockey Deke (Feinted/Faked the goalie in order to score)
-Drunken guy (Guy fainted in the store)
3 3.    Alien (0:48-1:13)
-Alien Animation (Alien from space)
-Illegal Aliens (Illegal aliens jumping the border)
-Tourist (The guy in the movie is a different nationality as everyone else. He’s an alien to the others)
4 4.    Erratic (1:13-1:54)
-Dog (The dog was acting erratic and jumped into the wall)
-Car (The car drove very erratically and flew out of course)
-Train Crash (The train become very erratic and slammed into a wall)
5 5.    Breach (1:55-2:11)
-Clip from Titanic (The hull of the Titanic was breached because it hit an iceberg)
-Massive Sink Hole (The ground was breached by a huge hole)
-WTC (National Security was breached when terrorists hijacked planes and crashed them)
6 6.    Debris (2:11-2:31)
-Rubble (Debris from WTC attacks)
-Crumbs (The popcorn crumbs are debris from a spilling)
-Cars (The crashed cars left a lot of debris)
7 7.    Deadlock (2:32-3:06)
-Playstation (PSN was hacked and their server was down for a couple of months)
-Bank Of America 2011 (Bank of America’s website was “hacked” and many people tried to close their bank accounts, but S.W.A.T. teams blocked the banks)
-Facebook Security (I typed the wrong password for my Facebook, so I was rejected from logging in)
-Cuban Missile Crisis (U.S. troops blockaded Russian missiles from coming to Cuba)
8 8.    Efface (3:07-3:32)
-Writing a letter (I scratched out what I was writing)
-Proactive (Effaces acne from your face)
-Typing (I effaced the words I was typing)
Programs Used:
-Adobe After Effects CS4 (a.k.a AE CS4)
-AE CS4 Twixtor 4.0 Plug-In (Super slow motion used in the rocket launch)
-AE Magic Bullet Looks Plug-In (Color Correction on all of the clips)
-AE CS4 Exposure Plug-in (Screen flash sync to the beat)
-AE CS4 Scaling (Screen bump sync to the beat)
-Keepvid (To download the clips off of YouTube)
-iShowU HD (Record my computer screen to show me logging into FaceBook)
Songs Used:
-“Dakent” by Banger (Voodoo Bear Remix)
-“Phazing Disposition” by Jeff Rowe