My Senior Expository Writing students recently finished the “Find the Fib” assignment.  Click here for the assignment.  At first, they claimed profusely they had nothing interesting about themselves to reveal.  I insisted that each and every one of them did; they only had to think about it for a moment.  Here are some of the interesting things they soon realized and revealed about themselves.  These are the truths, not the fibs!  I asked for detailed elaboration in their writing to prove it.   →

~ I was a Gerber baby model.

~ I’m missing a bone from my neck.

~ I play the guitar with my teeth.

~ Starting at age 5, I skated with Olympic gold medalist Evan Lysacek for a few years.

~ My family frequently has dinner with celebrities including Robert Downey, Jr. (this summer), Nicole Kidman, Julie Andrews and Felicity Huffman.

~ I placed 3rd in a Super Smash Bros. tournament.

~ I found a noose in my backyard.

~ I came face-to-face with a barracuda.

~ I’ve seen bears up close in the wild. 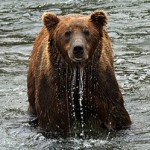 ~ I became a black belt in Tae Kwon Do in 6th grade. (a female student!)

~ My grandparents are candy makers, as were many generations of my ancestors before them.

~ I met Barack Obama when he was an Illinois senator.

~ I swam with sharks.

~ I’ve never been on an airplane.

~ I had seats right next to the stage at a recent Taylor Swift concert.

My students are such interesting individuals!! 🙂